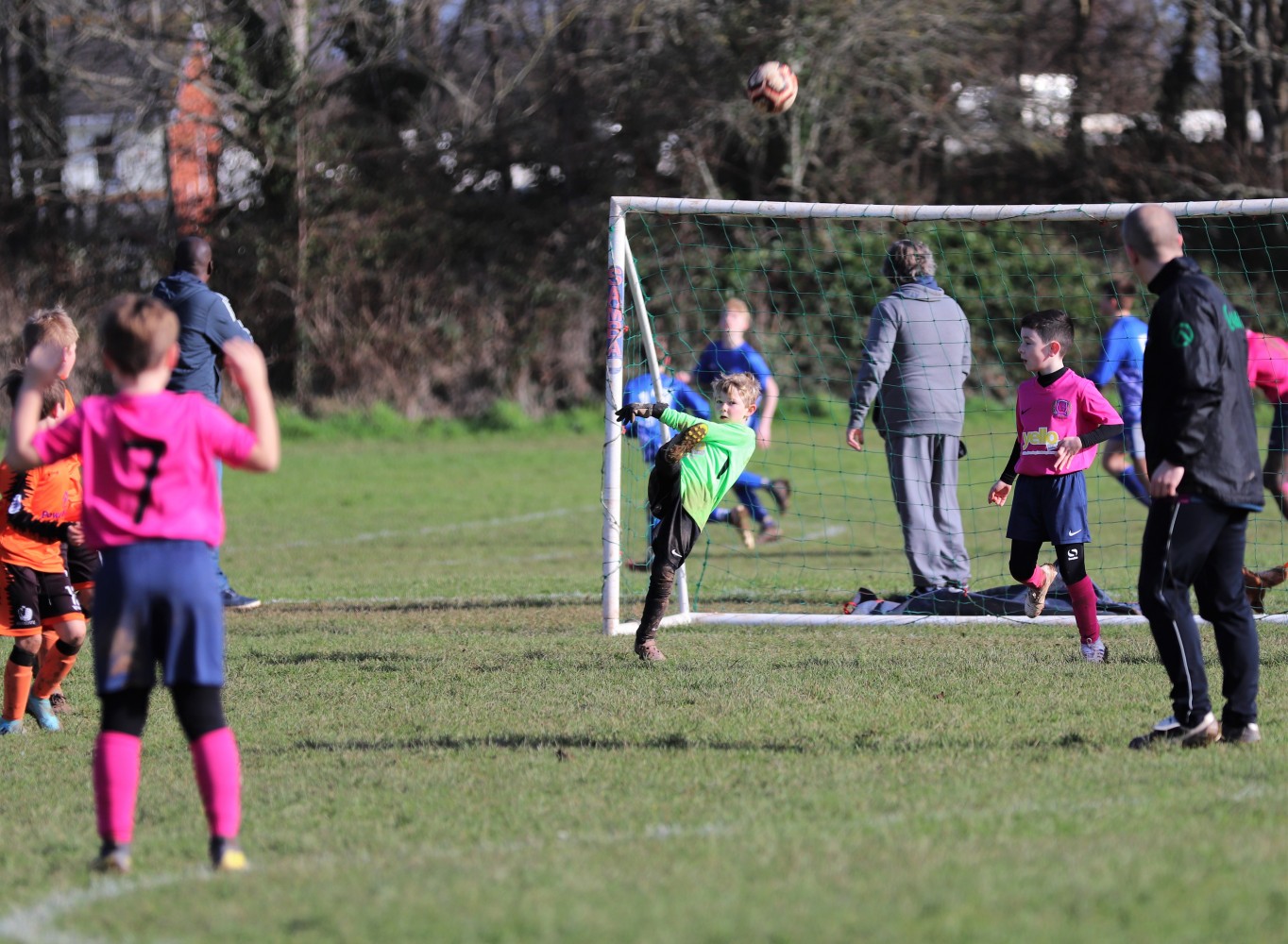 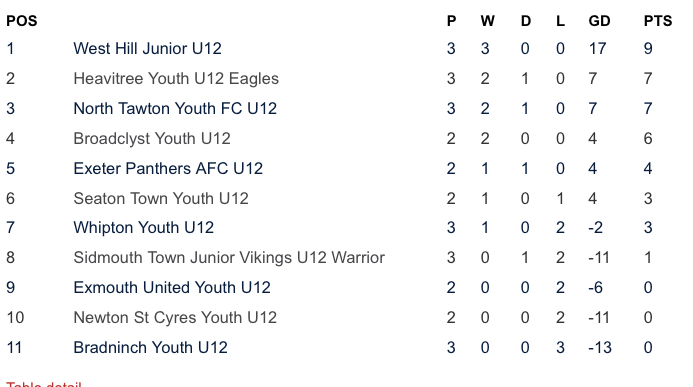 Exeter Panthers Under 12s still remain unbeaten this season after a hard thought  1-1 draw against a resilient Heavitree Eagles.

Panthers took a first half lead through their number 9 MacKenzie Smith who when gifted a chance rifled the ball home without hesitation, scoring his 1st of the season. He was unlucky not to add to his tally a few minutes later with a cleanly taken shot going inches over the bar.

Eagles came out in the second half a team determined to get a result from the game, a mix up between the Panther defence and goalkeeper, soon gave them a chance, and their striker pounced on it to make the game 1-1.

The remainder of the game became a bit of a cagey affair with neither team creating any clear cut chance, and Eagles shading the possession stats.

Manager Nick Powers said ’In the first half I wasn’t happy with the performance, we had a game plan which we didn’t stick to. We came in at halftime 1-0 up, but if you analyse the performance it wasn’t great’ he added ‘Some games we’re not going to be at our best, but if we believe we can still get something out of the game, it shows our character and what we’re trying to create within the team’.